Cryptocurrencies have had one heck of a week. The value of Bitcoin in essence dropped nearly 50%. Other currencies, such as Ethereum, Ripple, and Litecoin weren’t too far behind. BitConnect also closed its doors after it had been claimed that the exchange had been running a Ponzi scheme.

These events, amongst many others, once again remind us just how volatile the cryptocurrency market is. Bitcoin saw a rise to $19,783 in December. To date, it is sitting just under $12,000. This isn’t the first time that Bitcoin has gone through a crash or “correction”.  2011, 2013, and 2017 all had their share of reversals. This time, the crash has a completely different reasoning. There is the global threat of regulation against the cryptocurrency industry. I have read how the U.S. government may implement taxation on every single transaction made with the “currency” – which is impossible to do for a plethora of common-sense reasons. Another threat was the Ponzi scheme of exchanges such as BitConnect, with its own token losing nearly 50% of its value between December 17th and January 15th — the day before it announced its closure.

What does this mean for potential investors as yourselves? Well, it means – what I have been trying to get you guys to understand – that you must expect the best but also the worst when it comes to cryptos. There are stories of families selling their homes to purchase bitcoin…I am not co-signing this (lol).

Be careful. Remember that most governments are like a fat kid at a cake shop, they want a piece of everything. I have personally been selling most of my cryptos into actual assets for the past few months, so I wasn’t hit hard by this crash by a long shot. Others have lost thousands and some, millions. 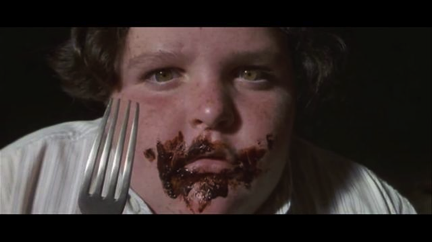 Most of you are ambitious and like any ambitious person, you want to be ahead of the curve. There is nothing wrong with that. Just do not bite off more than you can chew. From investing in stocks since 2015, I have an indifference to profits and losses. If you do not have that indifference, cryptocurrencies may not be for you.

Anyhow, this is the age of major technological advancements. Am I saying that Bitcoin and other coins will now be obsolete? Not at all. Am I saying you should sell all your holdings? No. As a matter of fact, I think you should still buy some of them while they are on sale…y’know, just in case!

Just be cautious, logical, and indifferent.

Get a plethora of tips to wealth!

Value Investing Millennial Jahnome McEwan provides FIFTY tips for Young Adults looking to build wealth from now. If working a 9-5 until retirement twists your stomach, Jahnome has a way to get you out of it!